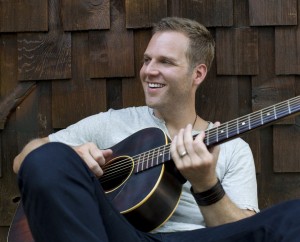 In May 2007, Christian music star Matthew West underwent vocal surgery that threatened his career as a singer.  The music video (see end of post) for his song, “The Motions,” shows West apparently voiceless in the time after his surgery, communicating via dry-erase board and asking questions like, “What if my voice sounds different?” and making statements such as, “I hate letting people down.”

The song isn’t new, but how appropriate it is for those of us who are hoping to make some changes in the new year!  The chorus is as follows:

The book of Malachi, which many church’s seem to have reduced to a book about tithing, seems to have a theme similar to that of West’s song.  It is a challenging and convicting piece of Old Testament prophecy that is both fierce and direct, bold and succinct.

At it’s core, I think Malachi is a call to give God our very best in everything, but that only happens after we realize that just going through the motions is not enough.

The prophet introduces us to an Israel that was under the illusion that they could just worship out of habit without putting any heart behind it.  They thought they were being obedient by offering sacrifices, but they failed to offer the cream of the crop that God had commanded them to give.  They offered crippled, blind, and even stolen animals as “sacrifices” to God, and in doing so failed to connect with the heart of God.

God challenges their thinking, and exclaims, “Try giving gifts like that to your governor, and see how pleased he is!” (Malachi 1:8) — Insert mic drop here!  In our context, the equivalent would be God saying something like, “Try giving the President of the United States half-eaten, stale birthday cake as a gift and see if he’s happy to receive it!”

God then takes things a step further when he says things like “How I wish one of you would shut the Temple doors so that these worthless sacrifices could not be offered!” and “Cursed is the cheat who promises to give a fine ram from his flock but then sacrifices a defective one to the Lord.”

The language is strong, but let’s take a step back and reflect.  As believers in Christ, Paul says we’re called not to sacrifice animals but to treat our lives as a “living and holy sacrifice” to God (Romans 12:1).  More than that, though, he writes that this sacrifice should be of “the kind he will find acceptable.”

So the question has to be asked: Am I giving God my best, or am I giving him my leftovers?  Is he getting the best of my time, the “first fruits” of my income, my best effort in service, and the whole of my heart in worship?  Or has my worship become nothing more than a habit, a series of things that I do because I’ve always done them before?  Am I just going through the motions?

God has given us his very best, and we’ll be blessed for offering our best in return.

One thought on “The Motions”